I love my job, but It has to be said that having to explain what it is that I do to everyone I meet, can become tedious.

“You design boxes?… But aren’t they all square?”

Although technically a ‘square’ (sided) box is actually uncommon, I have to concede that the unrelenting parallelogram has actually become the sequitur of my design career. To begin with, I would explain that it really is more interesting than it sounds. I would then proceed by embellishing in brand names and products that I worked on. Nowadays, I just agree. 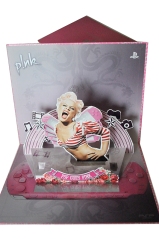 I first encountered pop-ups a couple of years into my career; someone showed me a credit card holder and asked if I could replicate something similar. The design was fairly simple: a folder with a slot and a panel which lifted the card when you opened it. This lead me to the realisation that I could add value to the design by presenting the product in a different way. From here on, the packaging became an enhancement to the product rather than purely a method of enclosure. 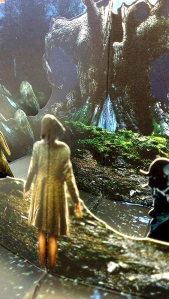 The packaging company I worked for understandably required me to design in a way which suited their mechanical production lines. This meant that there was a limit to the complexity of the design I could create, but this only heightened the appeal of my self induced challenge.

I spent the following months trying to find different ways to display the product while creating a design that could be automated. I dissected pop-up books, browsed through guides and instructions, copied and read up on some remarkable designers until I had visualised and replicated all of the main constituents of typical pop-up construction.

My first design took a while to migrate into a real product (I designed it with a view to creating the greatest movement with minimum assembly) and I was immensely proud when it was used in production.

Each time since where the opportunity has arisen, my childlike enthusiasm has become difficult to contain. I will happily stay up all night cutting and sticking until the final iteration is successful.

From “Heavy Trash- I want Oblivion” Video – check it out here

The challenge with pop-up design is turning a flat piece of artwork into a 3D moving scene. For products where I’ve been able to work directly with the illustrator or key artwork, this process is much more fluid. But whether I’ve been involved at the start or fixing a design problem later, the consummation of adding value and creating something from the original shape is greatly satisfying.